Every problem has a solution!

Through our projects we are trying to find solutions for the problems the LGBTQ community faces. 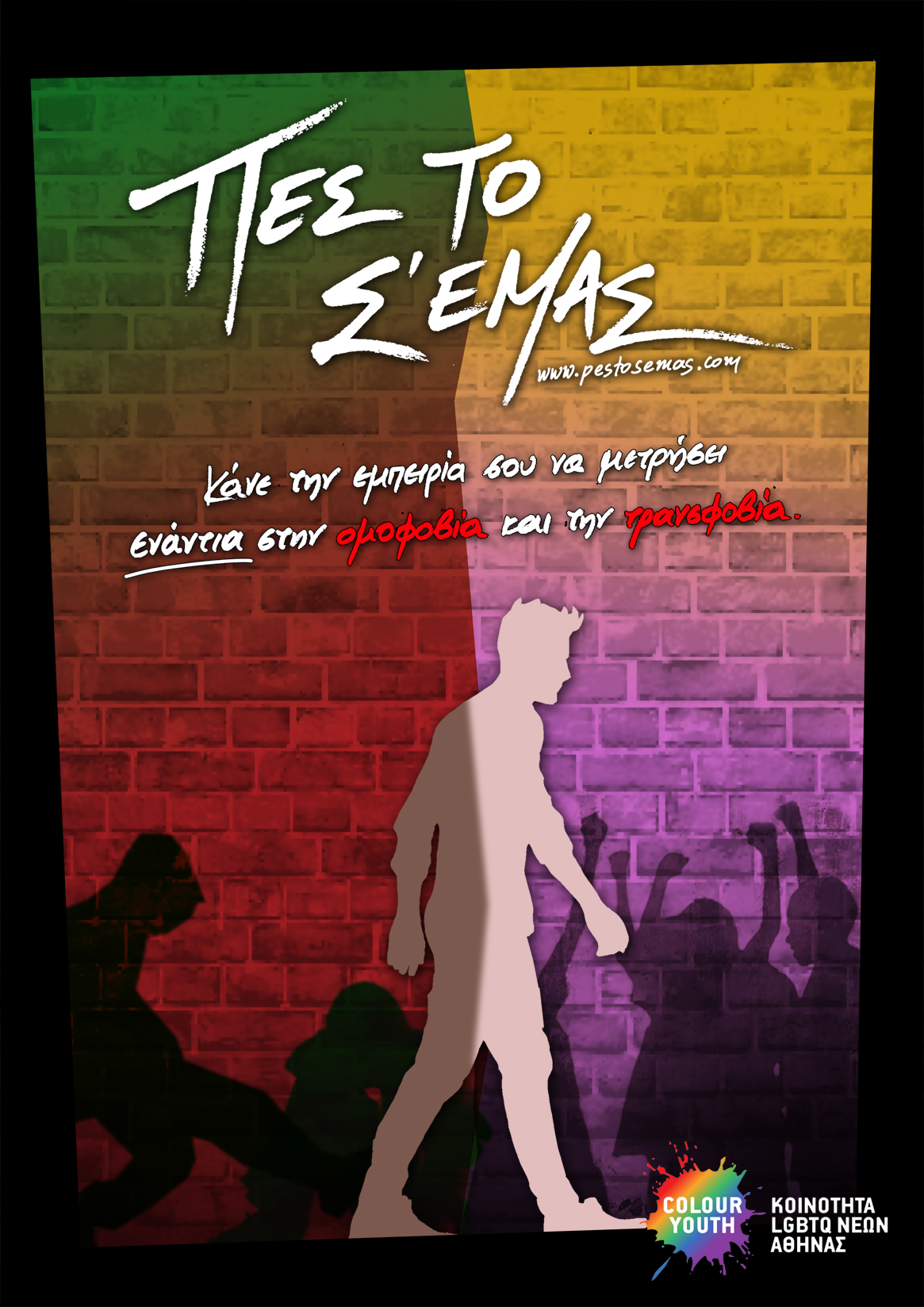 “Tell us” is the biggest project Colour Youth runs and has ever run. The basic goal of the Project “Tell us” is the gathering and recording of incidents of violence or/and discrimination based on the gender, gender expression or/and sexual orientation of the victim and the free legal or/and psychological support to the victims, by professionals.

“Tell us” had already started to being formed by the members of Colour Youth since 2013 and had always been a goal of the organization almost since its founding.

The campaign was launched by volunteers on the 1st of April 2014 and continues to this day.

It was funded from 29/10/2014 until 31/12/2015 by Iceland, Liechtenstein and Norway under the project “We are all citizens”, which is a part of the fund mechanism of EOX for Greece, known as EEA Grants. Funding administrator of the program is Bodossaki Institute.

From the 1st of January 2016 until today it has been funded by the Open Society Foundations.

In charge of the recordings since 1/7/2016 was Konstantinos (Gus) Pantikiou.

Since 29/10/2014 head of the Project is Thanasis Theofilopoulos. 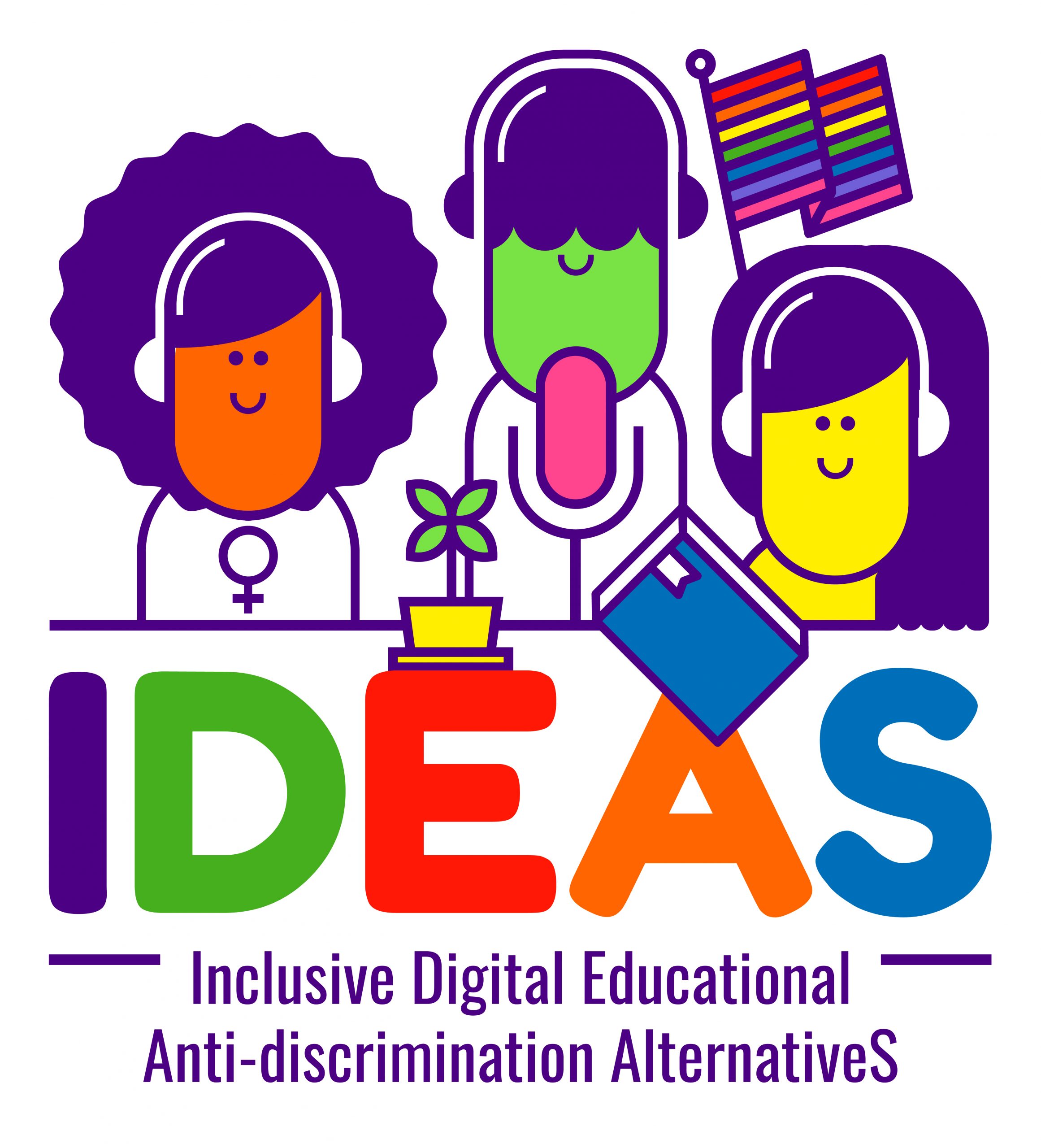 Over a two year period, six partner organizations from the Czech Republic, Croatia, Iceland, Serbia and Greece will conceptualize and record 35 podcasts with the aim of disseminating feminist knowledge.

The project’s main goal is to issue this knowledge with an accessible and empowering way to a wide range of women and femininities, irrespective of their other intersectional identities (such as national and cultural identity, sexual orientation, disability).

Through the podcasts, the listeners will be able to learn about the history of the women’s movement, feminist theories, the theory of social reproduction and the connection between feminist and ecological struggles. Also, they will have an opportunity to gain insights into the women’s labor rights, the experiences of Roma women, and the lives of migrant women. The podcasts will utilize various innovative methods in order to help the listeners gain a better understanding of the above-mentioned topics.

Since 2012 Colour Youth runs empowerment groups for LGBTQ+ people. The aim of the groups is to explore different identities as they are experienced by each person and to share experiences and emotions. Τhe groups' ultimate goal is our personal empowerment through interacting and coexisting in a safe space.

Since the aim of the groups is to explore identities on an experiential level, it is a prerequisite for participating in the groups that issues around sexual orientation or gender identity, respectively, are personally relevant to each person.

Each person can take part in both groups and for as many meetings as they wish. Participation in the groups is free. 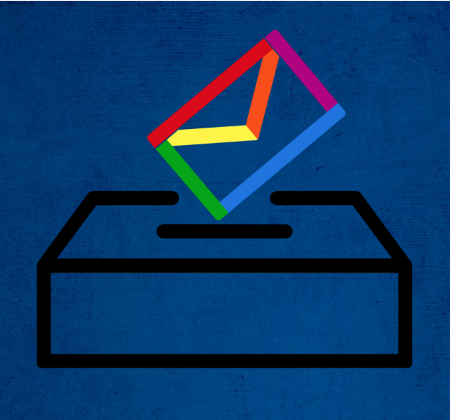 Get informed and vote

The School Climate Survey is a research project run by Colour Youth from March to July 2017. As a youth association, Colour Youth has often been confronted with incidents of violence and discrimination in the school environment, something also testified by the results of the “Tell Us” project. The goal of this survey was to research and define the quality of the school climate as it is perceived by their LGBTQ students. The reason for this was the complete lack of data on the experience of LGBTQ students in Greek schools.

The survey tool was a product of translation and adaptation to the Greek context of the questionnaire used by GLSEN (Gay, Lesbian and Straight Education Network).

The project was carried out voluntarily by members of Colour Youth. The project group was made up of scientists and students of both social sciences and STEM, such as psychology, statistics, etc. 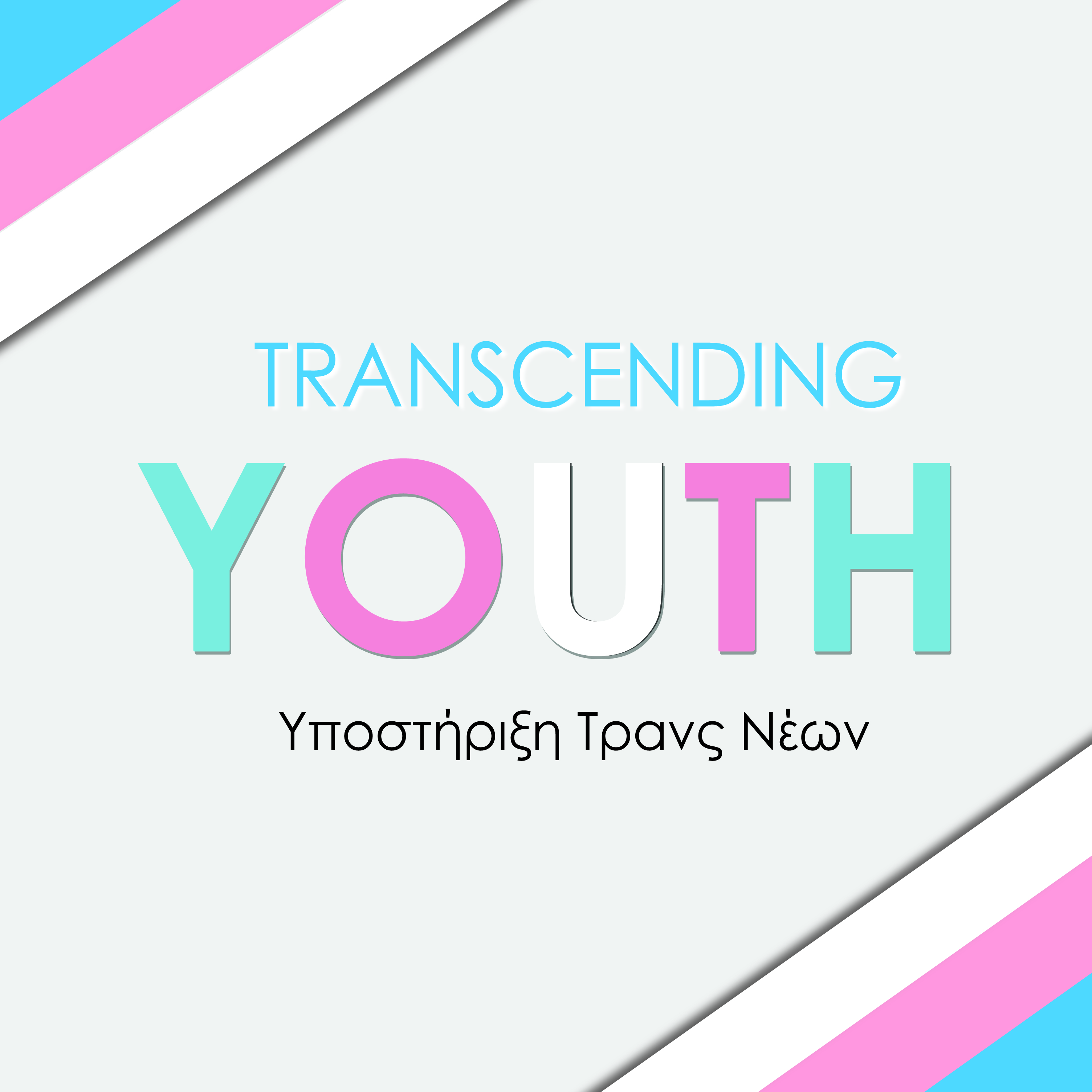 Transcending Youth is a service of Colour Youth that started in February 2018 and is aimed at young trans and non-cis people.

Through Transcending Youth our aim is to:

For the period February-July 2018, Transcending Youth was implemented with the support of Vodafone Foundation, as part of the program World of Difference.

From August 2018 the services of Transcending Youth are offered on a voluntary basis.

The overall objective of the E.T.Ho.S project is to educate and raise awareness among journalists and media students about the phenomenon of homophobia, transphobia and biphobia in the media and in particular about the direct or indirect (re)production of harmful stereotypes against LGBT+ people.

For the achievement of this aim, four types of action have been planned: 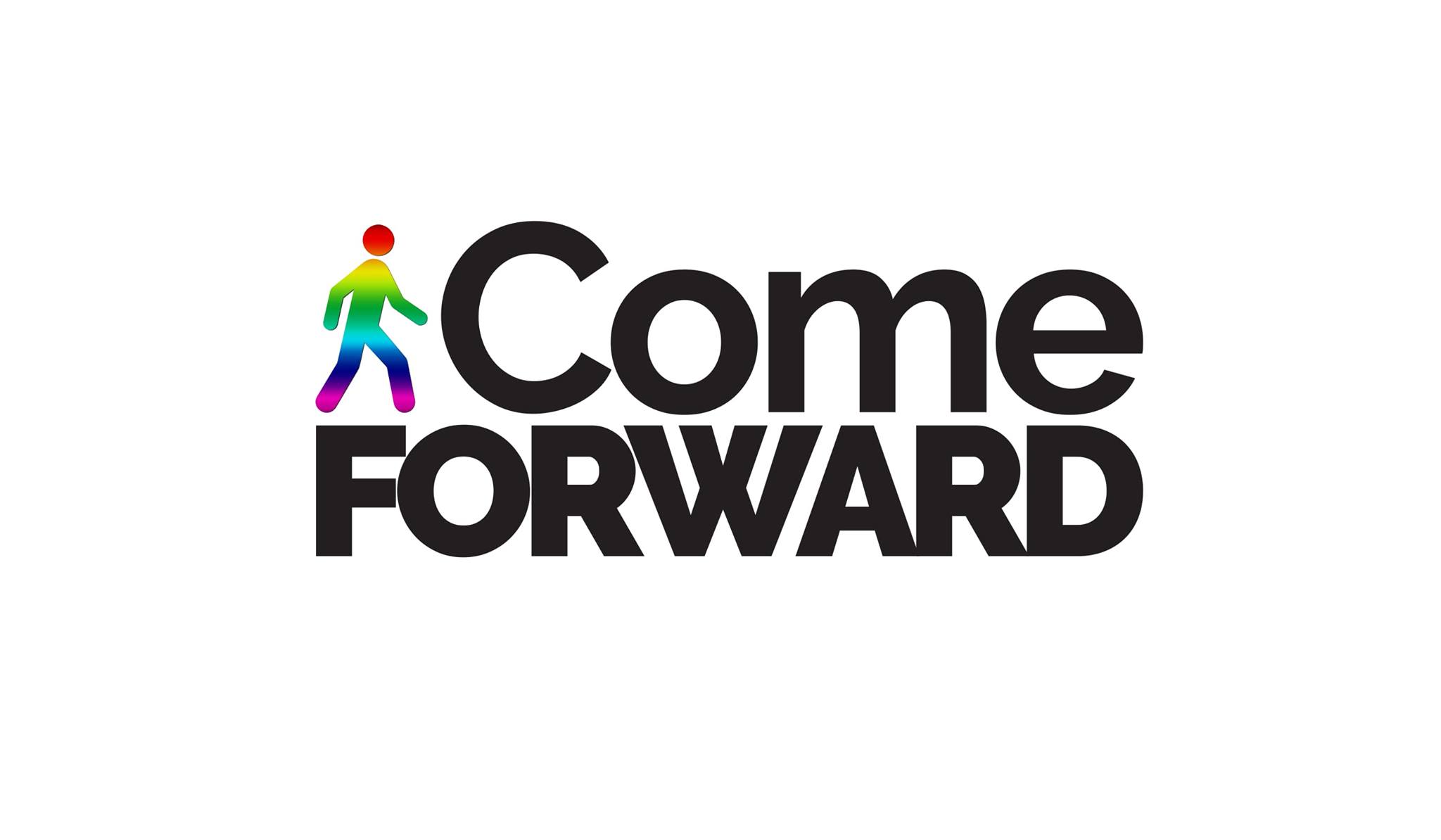 Τhe project is co-funded by the Rights, Equality and Citizenship (REC) Programme of the European Union.

Support, accompanying and legal services to hate crime victims was a project run by the Hellenic League for Human Rights during the years 2014-2016 in cooperation with Colour Youth, the Greek Council for Refugees, the Greek Forum of Refugees, METAdrasi, Doctors of the World and Day Center BABEL.

Within this project, Colour Youth took over the accompanying services and incident recording services against LGBTQ individuals.

The project was funded by Iceland, Liechtenstein and Norway under the project “We are all citizens”, which is a part of the fund mechanism of EOX for Greece, known as EEA Grants. Funding administrator of the program is Bodossaki Institute.

In charge of the recordings and the accompanying services on behalf of Colour Youth was Konstantinos (Gus) Pantikiou.

The “Share It” forum was an internet campaign launched by Colour Youth in 2014 and 2015.

This was a forum, in which parents of LGBT individuals could share their stories and concerns with other parents with similar experiences.

The forum was divided into thematic categories while at the same time there was a section full of useful material, like psychologists' and psychiatrists' papers, lists of related movies, articles and books, and also texts with interviews of Colour Youth members' parents sharing their experiences.

“Share It” ceased operation in the second half of 2015.

The campaign was launched voluntarily by Colour Youth members. 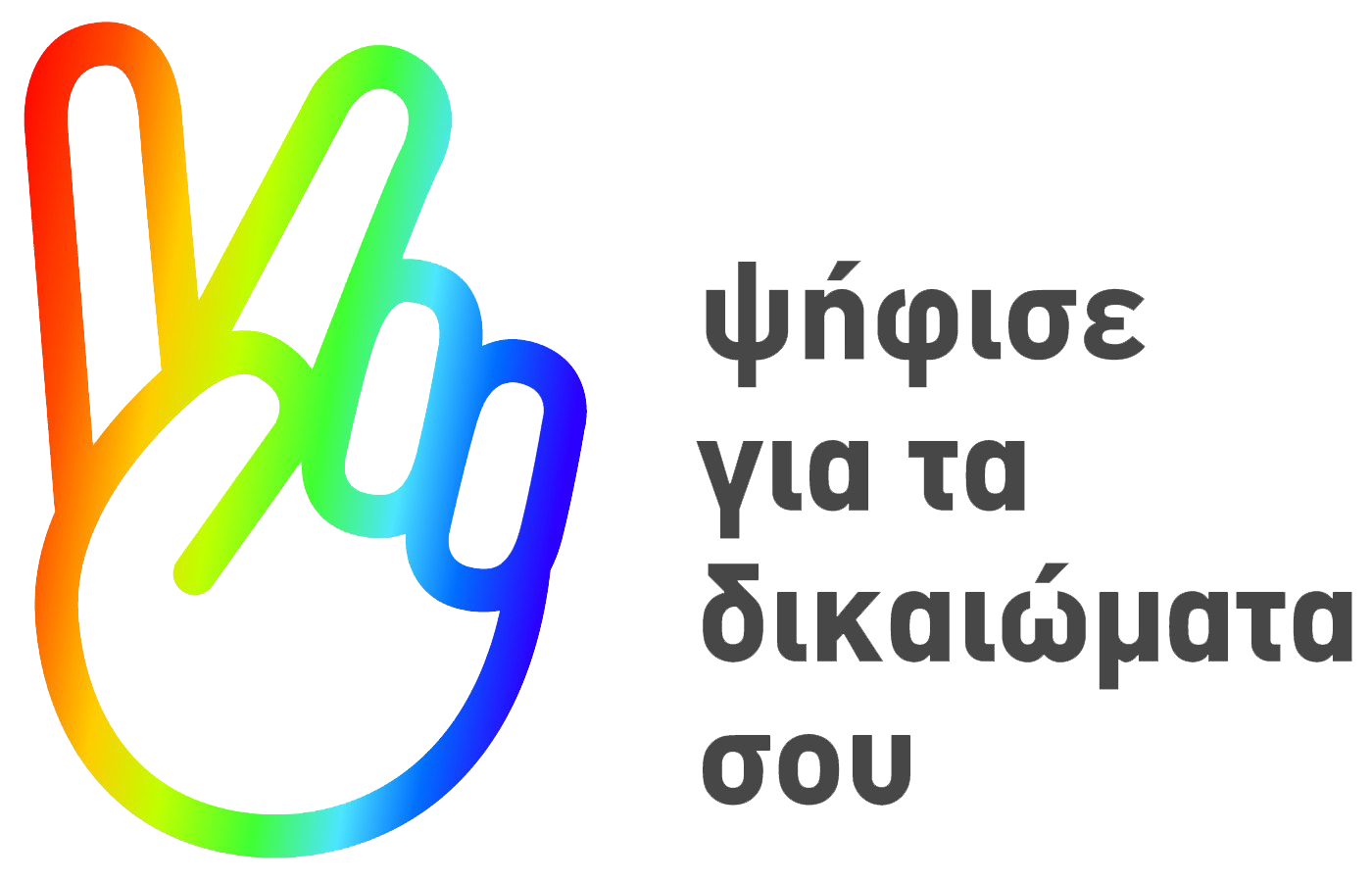 Vote For Your Rights

Vote For Your Rights was a project launched by Colour Youth in cooperation with Athens Pride in 2014, prompted by the Euro elections.
The goals of the program were:

Within the framework of the project the first research of the LGBTQ community electoral trends also took place in cooperation with a specialized analyst.

The project was funded by Open Society Foundations.

Head of the Project was Elena Diamantopoulou.